Six years have passed since the last entry…  A few things have happened since then, some of which might be told here later on … but first of all this reactivation is mostly for family and friends who wonder where and how we are. For all others who still might be reading this blog, here comes a very very short update:

Since 2014 we are landlocked again in Berlin. My wife became full time teacher and I started a company specializing in energy consulting (and we build our own ultra portable energy meters). Of course we’re still travelling a lot. Initially with an old camper van, until one time when we visited friends in Gullholmen, Sweden – the sailing fever hit us again. So sometime in 2018 we exchanged the VW van for a small Compromis 720. 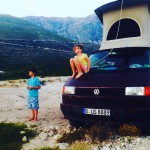 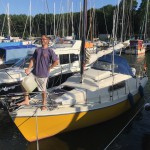 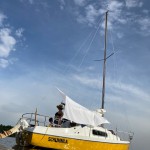 And then … we got two new family members – first Moana (2018) and then Kilian (2021). So now we have a wonderful family with four kids (and two cats). The boat of course was a little to small so since 2020 we have a Carter 30, Bj. 1979 which we share with another family who are very good friends and neighbours. 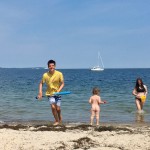 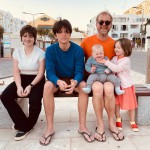 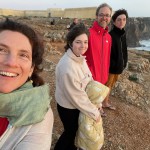 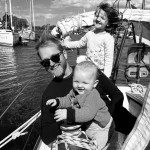 So many months have passed without any news from the LosLocos.

Well, at least it isn’t only us. So far I have yet to discover sailors that keep blogging once they’re back on land. There are several reasons for this. First – there isn’t much to write about. It’s just something completely different to brag about sailing adventures and post the most gorgeous pics of idyllic islands. – To write about daily life in Berlin, work, school and all the stressful moments of this everyday life just isn’t as interesting. Second: there just isn’t time for this. Our lives are busy and demanding and to invest an hour a day to keep friends and ‘followers’ up to date just doesn’t work out. And third: the switch to the so called ‘normal’ life wasn’t exactly as easy as planned (psychologically that is). I felt quite depressed and wasn’t able to write at all. But it seems that’s changing now… 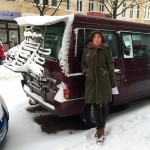 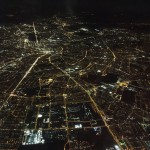 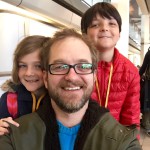 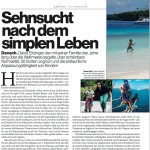 But fortunately there still are sailing magazines and one of those – the austrian YachtRevue was kind enough to ask for a few pages about how it was to come back after three years at sea. It wasn’t easy for me to write about this and had it been any earlier I’d probably have declined altogether. But the developments of these last weeks were promising and got me in a better and more optimistic mood and thus I complied and here ist the outcome.

I couldn’t put the full article online as that wouldn’t be fair for the publisher but maybe when the next issue is out, I’m able to update this post with the full PDF…

Beautiful story in the Himbeer magazine

There is a very nice article in the german kids/fashion magazine Himbeer. German only. 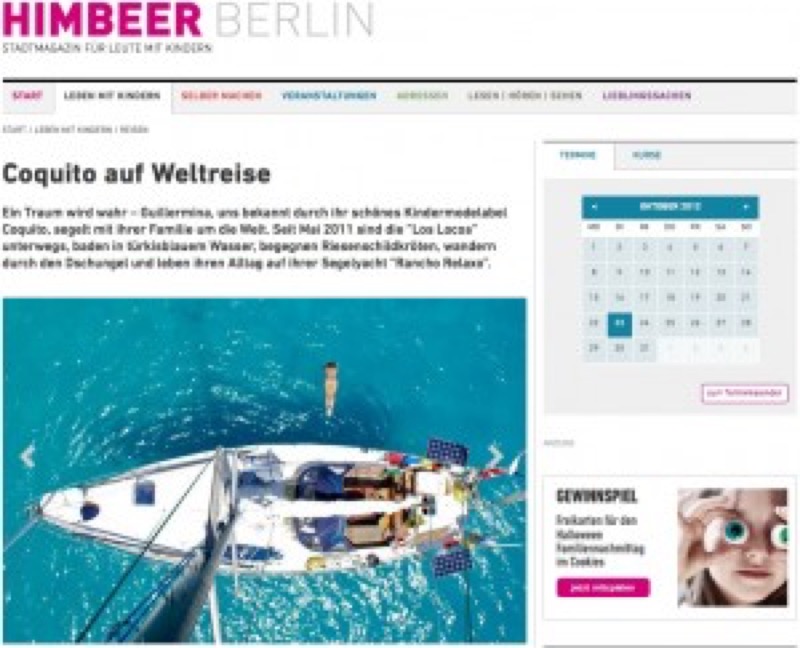 The weekend edition of the german newspapers ‘Die Welt‘ and ‘Berliner Morgenpost‘ both featured (a quite similar) article about the LosLocos and the planned journey that should start this summer.

A really nice article – unfortunately only in German. But here it is anyway: 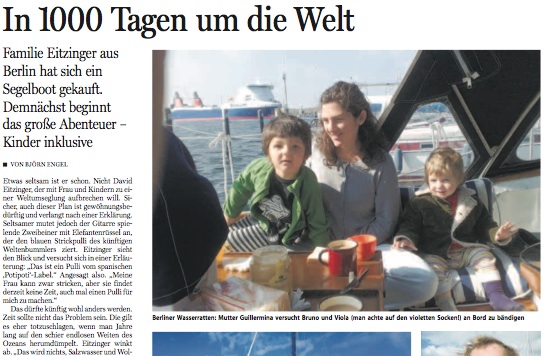 Just received horrible news via Email: It seems that there was a catastrophic fire in the shipyard where the Rancho Relaxo currently resides. I do not have much information but it seems that one of the main halls has burned down and so have the ships being inside.

Here are some pics, I found on the internets Pics are made by Andreas Meyer, (C) Berliner Tagesspiegel:

The Berliner Morgenpost also has a short Video of the fire: 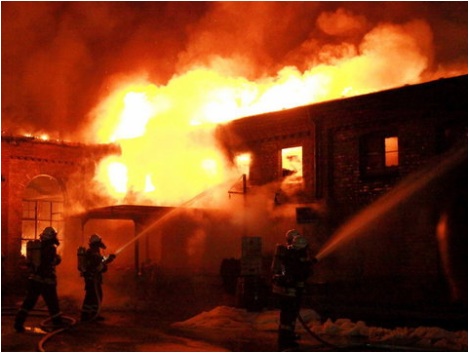 Update: And a couple of more pictures, found on the webpage of the RBB. As one can see the ship in font of ours as well as the big crane at the waterside, I guess, the Rancho Relaxo is safe. Uff !

After the very successfull ‘War on Drugs’ and the ever popular ‘War on Terror’ – are we now ready for the ultimate fight ? Maybe Sarah Palin would like to start a ‘War on Truth‘ ? Comment on FB: “Why was he not pursued with the same urgency we pursue al-Qaeda and Taliban leaders?”

And one other thing that really confuses me about that last wiki-leak: The whole world seems to be discussing Julian Assange’s problems with two swedish girls and whether it is good/bad/illegal/whatever that wikileaks does… When will people start discussing the CONTENT of the leak ?

Wikileaks.org is offline – the webspace at amazon is cancelled, the Website in Switzerland wikileaks.ch is partly inaccessible… What’s next ? An US drone bombing the suspected H.Q. of wikileaks ?

Here another excellent article – from Reporters without borders !!

Very interesting story on Slashdot about the shutdown of wikileak’s PayPal Account
The story comes with plenty of very insightful comments. Here’s a good one:

I spent ten years of my life as a “real” journalist in several major US media markets. The primary difference between the news “we” presented and what’s being presented via Wikileaks is precisely that Wikileaks allows more or less unfiltered access to the source material. Ask yourself: do you really want someone else selecting what’s fit for you to read? Trust me, having unfettered access to original sources, so that you can independently develop your own take on what’s happening, is infinitely better for you — and better for society — than having the news dished out to you by a “professional” like me in my former incarnation.

What’s happening to Wikileaks is astounding and should be scaring the living shit out of each and every one of you. They have been transformed into a “criminal” organization in the eyes of many members of the public and many members of the mainstream media inside of a week. From the beside-the-point rape case involving Julian Assange to the loss of hosting, DNS services and, now, the possibility to gain funding. That’s how easy it was to get the job done.

I’ve been an observer of political life, professional and otherwise, for more than forty years. Never have I seen an assault on free speech like this one. It doesn’t matter what your personal view is on the wisdom of exposing the day-to-day minutiae of realpolitik. Free speech — and your right as citizens to live under an open government — are under attack. I can only hope people will speak up to defend them. 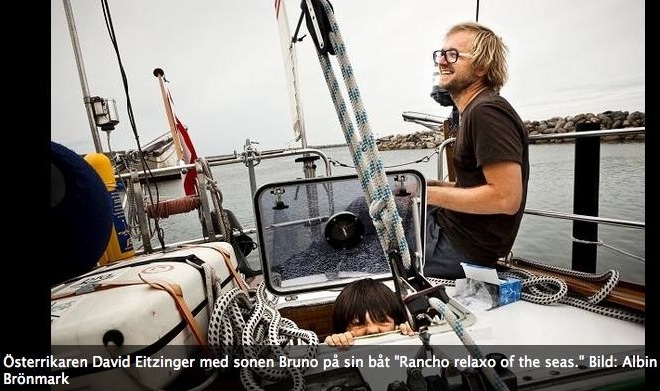 Die Rancho Relaxo of the seas in der Ystads Allehanda

Another Linux distro down

First it was Novell, Xandros and Linspire. Now TurboLinux also signed a contract withÂ  Microsoft. Not sure what Microsoft or it’s ‘partners’ are up to yet, but I’d rather stay away from those distributions for now…