A few pics and two short videos from our christmas storm on the 25th of December 2011. 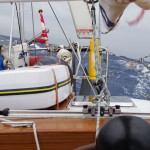 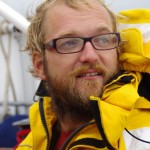 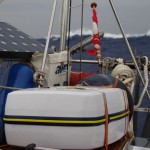 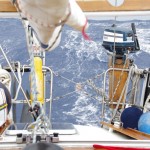 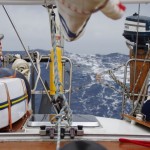 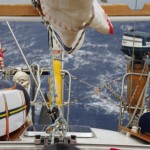 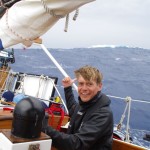 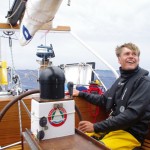 The storm started at 0900UTC from a flat calm and increased to 8-9 Beaufort. It stayed like this for approximately five hours. The sea got really bad after a few hours and we had to steer by hand most of the time. We were carried north for about 30 miles while riding in front of the wind. After that the wind almost immediately fell to a calm again and we were left in a confuse sea for a couple of hours. Next day the tradewind was back with a steady force six that lasted until we arrived in Barbados. 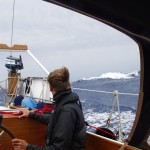 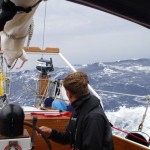 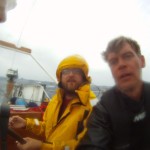 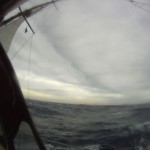 Baking bread on the Atlantic

A short clip showing Wolfgang while preparing to bake bread. Cooking is quite funny while sailing in a force six wind. Hehe.