In just about three weeks time we would have sold our beloved oldtimer – ‘la Machina’. But somehow I had this feeling that our 42 year old car would not go that easy. Well, yesterday when we drove back from our final visit in Austria, about half way it happened. We were just overtaking a big truck when the driver of the same made an emergency maneuver – switched lines and jumped on the brakes. So we landed in between the truck and the crash barrier. Where the left front tire was torn and the right side of the car was battered by the bumper of the truck that screeched along our car. 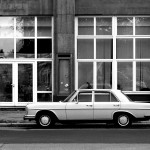 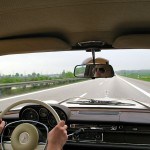 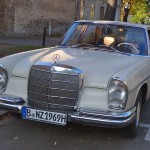 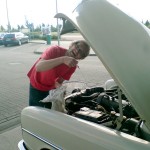 We found ourselves with crying kids and a wrecked car in the middle of nowhere… But the kids soon calmed themselves and the police and the tow truck soon arrived. The situation was resolved as this: In front of the truck was another truck and in front of that was an Audi Q7 that was somehow pissed off by that truck driver so he cut in front of it and slowed him down. The truck behind the Q7 was only going about 40km/h (!!) while the second truck (the one in front of us) arrived with 85km/h and had to switch lanes and jump on the brakes and that was when we got crushed… 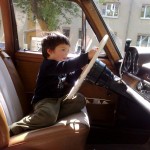 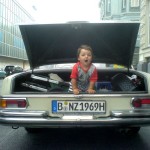 But in the end nobody was hurt – the car is still somewhere in south Germany and we arrived in Berlin at about four in the morning – driving a new Mini Cooper. The driver of the Audi Q7 actually escaped – but the police is searching for him. 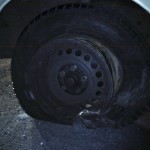 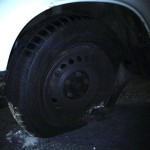 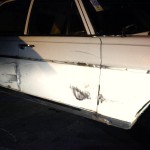 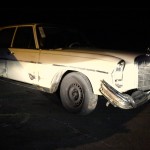 Bye, bye Machina – we had a lot of fun together. Have a good time in car-heaven – you’ve deserved it !!