Although we already are anchored at the next postcard island, I still have to post some pictures of Levuka, our first contact with Fiji. I mentioned the funny haircuts but somehow forgot to shoot some pictures of the beautiful ladies of Levuka… Well, those will come later, I guess. Also worth mentioning is that Levuka once was the capital of Fiji ! Hard to believe as it’s a quiet, little Village. 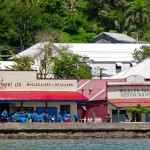 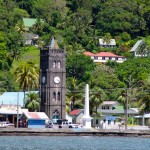 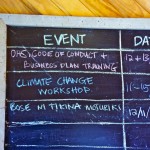 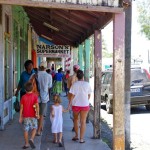 As we found nearly everywhere else too, there are numerous schools and plenty of kids everywhere. All dressed up in nice, colorful school uniforms. A treat for the eye !

When we picked up the cruising permit, I noticed the schedule of the authority. It has a seminar on climate change for the employees. Yeah – when the big polluters of the earth still are arguing whether or not it’s true, the island nations of this world are getting prepared for the worst. 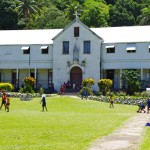 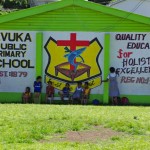 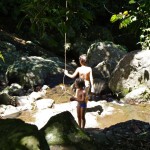 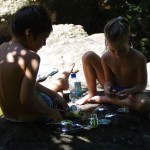 Maybe the people of Levuka will also start thinking of getting rid of that awfully noisy Diesel generator located in the center of the village that provides power for the whole island. There would be more than enough sun to power all homes here on the island and as for storage, I suggest to use that huge fuel tank up on the hill. One could use the excess power during midday to pump up salt water and use a turbine to generate power during the night. – Just a thought…. But I guess burning fuel is (still) just too convenient. 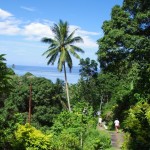 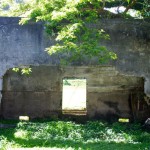 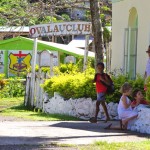 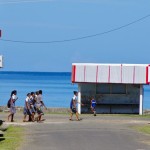 Alright. Enough of the ranting. There are also some pics of our little hike up the hill to the little freshwater pond. On the way the kids got a little toy cooking set and when we were back on the ship they promptly openend a restaurant on the foredeck. Let’s see if someone can decypher Viola’s menu. It’s a wild mix of german, spanish and english but it shows promise and she’s definately not lacking inspiration. Also  – she’s still just five. :-) 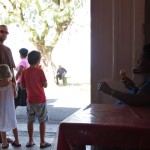 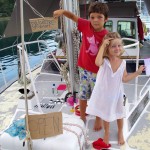 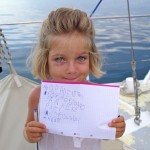 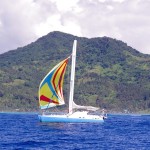