Finished. And off to Berlin ! Yay !

Yeee, in only three days I’ll be back from where we started. Somehow crazy. We spent two years trying to get here to the other end of the world and on Monday I’ll hop into a plane and 46 hours later I am in Berlin. But the decision to go on really short notice also meant a little work. As we’re still not finished with the boat(s) we spent the week in Tahiti. The Suvarov moored to a buoy close to the Rancho Relaxo of the Seas, we exchanged anchors and chains. Now our trusty bow anchor is back with us and the slightly older chain with the ‘Brake’ anchor is on the Rancho. Both items we might sell next week. The old Liferaft is underway to Raiatea where it will be given to it’s new owner, the wind generator now powers a french boat that’s underway towards New Caledonia. The remains of our rig went on shore where Jerry will later transform it into an arch (?) for the Pukuri. 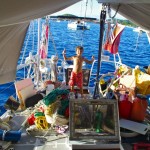 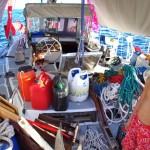 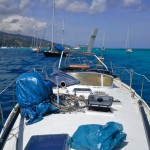 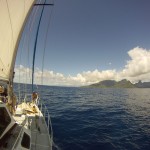 The evenings I spent on the internet looking for spare parts and stuff we need, organizing the trip and trying to get in touch with friends. Oh I hope, somehow I could manage to see them all. So anyway, my schedule is Berlin for the first days, then to my family in Austria. The third week of May I should be back in Berlin from where I leave on the 21st towards our home in French Polynesia.

5 Responses to Finished. And off to Berlin ! Yay !