Short stop at the Isla Isabela

So today in the afternoon we landed at the Isla Isabela. When passing by the harbour, the wind died on us and we started the engine – which went out after five minutes. So we again set sails and tried to enter the port of Villamil – but it wasn’t enough wind. The Guarda Costas came to pull us into the anchorage and later came on board to ask about our problem and have a look at the engine. 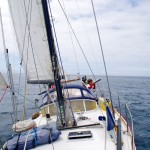 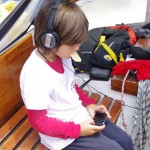 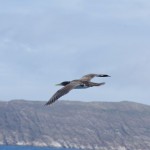 So we’re now at Isla Isabela and we will later have to go to the Capitaneria to explain ourselves to the port captain. We’ll see, how long we’re allowed to stay. But usually it should be the 72 hours that are granted by maritime law. We’ll have to replace fuel filters (again) and maybe we have a chance to see the penguins or the land-iguanas….

Oh – and again we had problems updating our blog from underway. The posting I sent yesterday in the night, I had to post manually. Cheez. I hope we’ll not again run into problems with our website – we would be unable to post from underway….